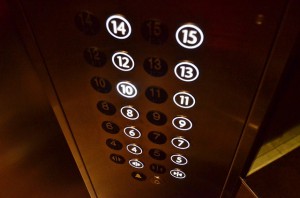 A specific phobia can be associated with any type of situation or object. While many people have specific fears the difference between a fear and phobia relates to the intensity of the person’s reaction to the stimulus and how it impacts their life. For example, if someone is afraid of flying they may feel nervous when flying but their anxiety is manageable and does not limit their travel. However, examples of someone’s behavior with a phobia of flying may include; only applying to local colleges to avoid needing to fly to and from school; loves the idea of traveling but avoids taking trips due to needing to fly; or may fly when necessary but engage in unhealthy coping mechanisms such as heavy drinking before and during the flight.

While phobias can be of truly anything the following is a list of common types of phobias.

Exposure therapy for specific phobias is a highly successful treatment. The process can be performed in a graduated or an intensive manner. Both techniques are effective; the difference is that a graduated approach is slower paced than the intensive method. A graduated approach consists of starting off with less anxiety provoking exposures and working your way up to the main fear. For example, if working with someone with a snake phobia the graduated exposure route would entail a similar progression as the following:

An intensive approach would begin with the high-end exposures, such as touching or holding the snake.