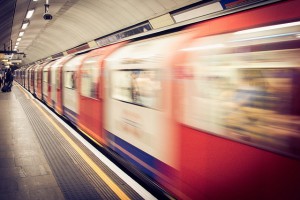 Often times when people think of obsessive-compulsive disorder (OCD) they primarily think of contamination concerns, checking locks or the stove, and arranging things in an overly organized or symmetrical manner. While these are all ways in which OCD presents there are numerous other common manifestations of OCD. Unfortunately many individuals, professionals and clients alike, are often unaware of the non-stereotypical presentations of OCD. For example, some individuals with OCD have unwanted violent (“what if I choke my kids”), sexual (“what if I rape a stranger”) or religious (“if I think an immoral thought then I will cause harm to others”) thoughts or images.

These are unwanted, intrusive thoughts or images that cause anxiety and/or distress.

Compulsions (also referred to as rituals)

This refers to mental and/or physical behaviors that are performed to try to reduce the anxiety caused by the obsessions.

This is common and acts as a ritual since it is done to reduce or avoid anxiety. An example of avoidant behavior is if someone with OCD has obsessions about a fear of inappropriately touching children and, therefore, actively avoids spending time alone with his/her children and avoids going to places where children frequent such as schools, parks, and family-style restaurants.

These behaviors can be either giving oneself reassurance (“I would never attack anyone, I never have, and I never will”) or asking others for reassurance (asking your spouse if he/she loves you so that you can hear “Of course I love you!”).

This relates to when another individual attempts to help by performing a ritual for someone who has OCD. In this context, the other individual is trying to be helpful by completing the ritual; however, doing so actually reinforces the OCD and makes it stronger. Giving reassurance is a type of accommodation. Some additional examples of accommodation include when an individual does the following for someone with OCD: opens doors to allow the individual to avoid touching the handles, re-driving certain routes to show the individual that no one was hit, and avoid saying certain common words (e.g., 13, dirty, bad, blue) that trigger the person’s anxiety.

The problem with avoidance, reassurance seeking, and accommodation is that while the behaviors may cause immediate relief, in the long run they simply reinforce and strengthen the power of OCD thereby making the OCD worse.

The first-line, gold standard approach for treating OCD is cognitive behavioral therapy (CBT) with a heavy emphasis on exposure and response/ritual prevention (ERP). Exposure therapy for OCD consists of the individual intentionally provoking their obsessional thoughts/images and then resisting their urges to ritualize; this process leads to habituation, which is a reduction in anxiety that occurs simply due to the passage of time.

To better understand habituation the following non-OCD example may be helpful. If you watch a really scary scene in a movie, the first time you see the scene you will likely feel afraid; your heart may be racing, you may close your eyes partly or look away, or may notice that parts of your body are shaking. However, if you watch that same scary scene, for example 50 times, without looking away, it will not have the same impact on you that it initially did. Your mind and body will react less intensely or not at all to the scene; this process is habituation. Two keys to exposure work relate to the frequency and consistency of doing the exposures. Doing one exposure per week will not be nearly as effective as doing multiple exposures daily. The great part with OCD treatment is that once a person understands the basic concepts of exposure work, the treatment is highly conducive to helping the person become their own therapist and thrive in life without therapy.